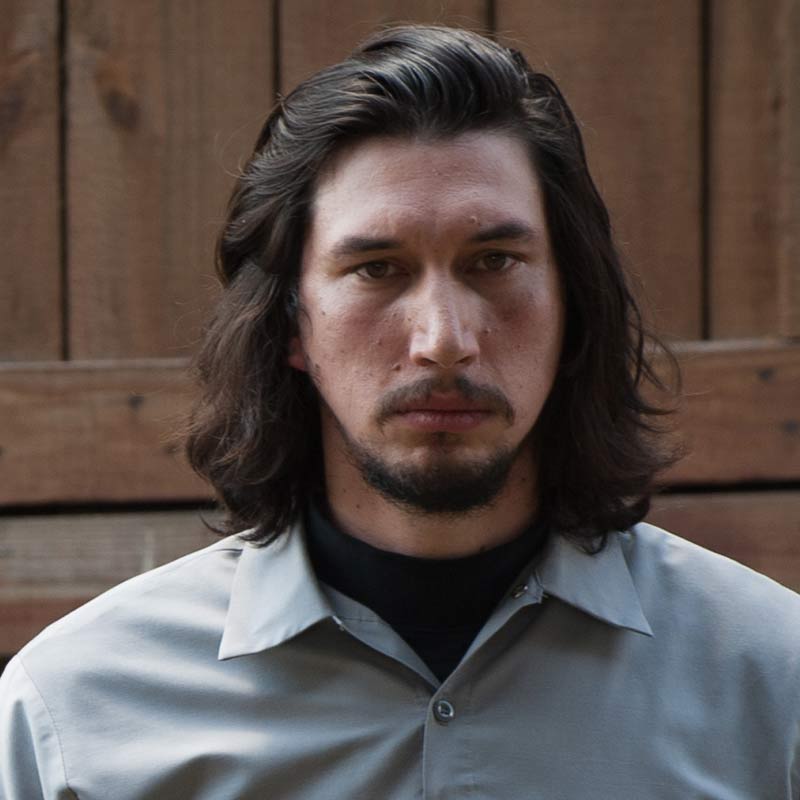 ADAM DRIVER appeared as “Kylo Ren” in J.J. Abrams’ highly-anticipated film Star Wars: The Force Awakens. The film has grossed over 2 billion dollars worldwide, including over $900 million domestically, the first film ever to do so. The movie opened to critical acclaim and was honored as one of AFI’s Top 10 Movies of the Year. The film also received four BAFTA Award nominations. Driver will reprise his role in Star Wars: Episode VIII, planned for release in December 2017.

Most recently, Driver played the title role in Jim Jarmusch’s Paterson, which premiered at the Cannes Film Festival in 2016. Driver was nominated for a Gotham Award for Best Actor for his work in Jarmusch’s film and received the LA Film Critics award for Best Actor. Driver also appeared in Martin Scorsese’s 2016 film, Silence, starring opposite Andrew Garfield and Liam Neeson.

Prior to that, Driver could be seen in Jeff Nichols’ Midnight Special, starring opposite Michael Shannon, Joel Edgerton, and Kirsten Dunst. The film was released by Warner Bros. to rave reviews. In September of 2016, he wrapped production on Steven Soderbergh’s Logan Lucky, starring alongside Channing Tatum and Daniel Craig, which will be released in August 2017.

Driver also starred in Noah Baumbach’s While We're Young opposite Ben Stiller, Naomi Watts, and Amanda Seyfried. While We're Young premiered at the 2014 Toronto International Film Festival and was released by A24 Films. He also starred in Saverio Costanzo’s Hungry Hearts alongside Alba Rohrwacher. The film premiered at the 2014 Venice International Film Festival, where Driver won the Volpi Cup Award for Best Actor for his performance.

In 2014, Driver starred in Shawn Levy’s dramatic comedy This is Where I Leave You alongside Jason Bateman, Connie Britton, Tina Fey, and Jane Fonda and opposite Mia Wasikowska in John Curran’s critically acclaimed Tracks.  He was seen in the Coen brothers’ 2013 Academy Award and Golden Globe nominated film Inside Llewyn Davis alongside Oscar Isaac. In 2012, Driver appeared in Steven Spielberg’s Academy Award nominated Lincoln with Daniel Day-Lewis, which went on to make $275 million worldwide. He also starred in Noah Baumbach’s Frances Ha alongside Greta Gerwig and appeared in Clint Eastwood’s critically acclaimed J. Edgar with Leonardo DiCaprio.

Driver recently wrapped production on the sixth and final season of HBO’s critically acclaimed series GIRLS, in which he stars opposite Lena Dunham. Driver plays “Adam Sackler,” Hannah’s (Dunham’s) mysterious, striking, and eccentric on-again, off-again boyfriend. Driver’s performance in GIRLS has garnered him three consecutive Emmy nominations for Outstanding Supporting Actor in a Comedy Series and a 2015 Critics’ Choice Television Award for Best Supporting Actor in a Comedy Series. Additionally, in 2013 the show won a Golden Globe Award for Best Television Series – Comedy or Musical and a BAFTA Award. GIRLS received a Golden Globe nomination in that same category in 2014 and also Emmy nominations for Outstanding Comedy Series in 2012 and 2013. In 2012, the show also won a Peabody Award and was honored as one of AFI’s Television Programs of the Year.

Driver graduated from Juilliard in 2009 and is the co-founder of the non-profit organization AITAF.