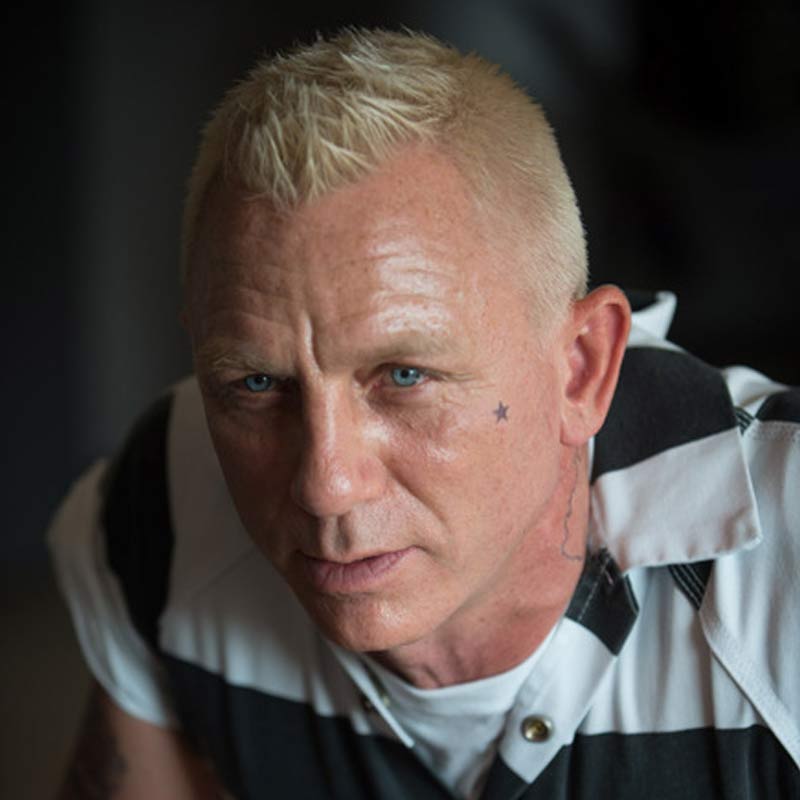 Daniel Craig is hailed as one of the finest actors of his generation on stage, screen and television.  Daniel was most recently seen in the eagerly anticipated Spectre which was released in October 2015. Previously to this, Daniel was seen returning as ‘James Bond’ for the third time, in the critically acclaimed box office smash Skyfall and he has also starred as ‘Bond’ in Quantum of Solace and Casino Royale. In 2011 Craig starred in The Girl with the Dragon Tattoo, directed by David Fincher, he played the lead character Mikael Blomkvist opposite Rooney Mara.

Daniel has most recently completed filming Kings with Halle Berry and Rick Ravanello, as ‘Ollie’. Set in the violent aftermath of Rodney King’s trial in 1992, the story follows a foster family in South Central and the implications the verdict has on their lives. Daniel will next be seen in Steven Soderbergh’s Logan Lucky as ‘Joe Bang’ alongside Adam Driver, Channing Tatum and Sebastian Stan. The story concerns two brothers who attempt to pull off a heist during a NASCAR race in North Carolina. The film will be released in the US on the 18th of August this year.

Delving back into the television world, Daniel has recently been announced as the star of Showtime’s adaptation of Jonathan Franzen’s novel, Purity. The plot follows a young woman who joins an activist group and begins a global journey in search of her father. The show will begin production later this year.

Craig is also an accomplished stage actor and in 2013 starred in the critically acclaimed Broadway show Betrayal in which he starred opposite Rafe Spall and Rachel Weisz. Directed by Mike Nichols, the play ran for 14 weeks but grossed $17.5million in that time. Daniel’s most recent theatre venture was the off Broadway production of ‘Othello’ alongside David Oyelowo and directed by Sam Gold, at the New York Theatre in Autumn 2016. In 2009 Daniel starred in a twelve week Broadway run of A Steady Rain.  Craig played opposite Hugh Jackman in this contemporary American play. Craig’s other theatre credits include leading roles in Hurlyburly with the Peter Hall Company at the Old Vic, Angels in America at The National Theatre and A Number at the Royal Court alongside Michael Gambon.