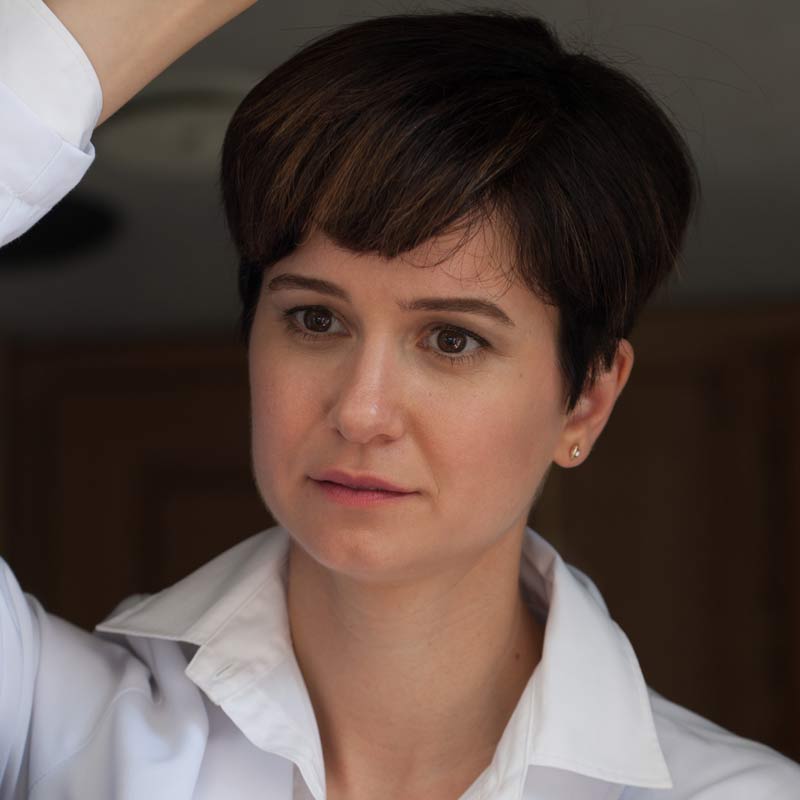 Stage and film actress Katherine Waterston garnered critical acclaim for her breakout role in the film Inherent Vice. She has positioned herself as one of Hollywood’s leading ladies, working with top filmmakers including Paul Thomas Anderson, Danny Boyle and Ridley Scott.

Katherine can next be seen in Alien: Covenant, a new chapter in Ridley Scott’s ground-breaking ALIEN franchise that takes Scott back to the universe he created. The film also stars Michael Fassbender and hit theaters on May 19th. Shortly after, Katherine will appear in Steven Soderbergh’s heist film, Logan Lucky with Adam Driver, Channing Tatum, Seth MacFarlane, Daniel Craig, Katie Holmes, Hilary Swank, and Sebastian Stan, in theaters August 18th.

Katherine recently wrapped production on Alfonso Gomez-Rejon’s The Current War alongside Tom Holland and Benedict Cumberbatch, as well as State Like Sleep with Luke Evans and Michael Shannon. In February 2017, Katherine acquired the screen rights to “A Separation,” the latest novel from author Katie Kitamura and is also attached to star in the adaptation.

This past year, she starred in David Yates’ Fantastic Beasts and Where to Find Them, opposite Eddie Redmayne. The film debuted at #1 in the box office on November 18, 2016 and has since surpassed $776.8M in worldwide ticket sales.

In 2015, Katherine appeared in Danny Boyle and Aaron Sorkin’s Steve Jobs, alongside Michael Fassbender and Kate Winslet, whose performance’s earned them each an Academy Award nomination. She also starred in Manhattan Romance and Alex Ross Perry’s Independent film Queen of Earth opposite Elisabeth Moss.

Previously, Katherine was seen in The Disappearance of Eleanor Rigby opposite Jessica Chastain and James McAvoy which premiered at the 2013 Toronto Film Festival.  She also appeared in Kelly Reichardt’s Night Moves opposite Dakota Fanning, Peter Sarsgaard, and Jesse Eisenberg which also premiered at the 2013 Toronto Film Festival.

Katherine’s other credits include Michael Clayton directed by Tony Gilroy for Warner Brothers, Taking Woodstock directed by Ang Lee for Focus Features, and Being Flynn directed by Paul Weitz.

In 2012, Katherine was seen on the small screen recurring in the critically acclaimed HBO series "Boardwalk Empire".