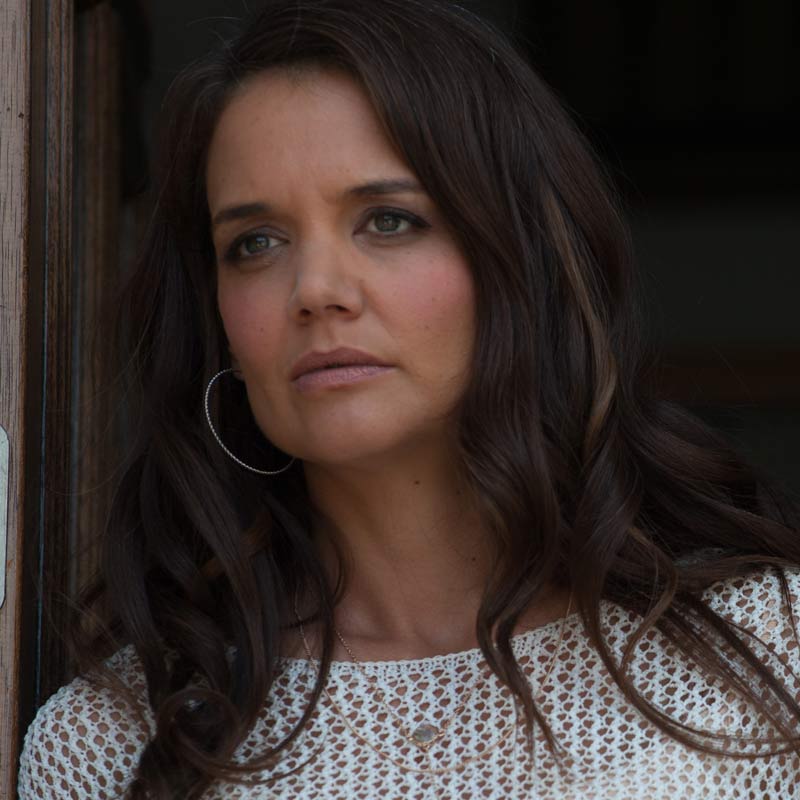 As an actress who has received critical acclaim for a spectrum of diversified roles on stage and screen, Katie Holmes has appeared in several notable films, ranging from the action blockbuster Batman Begins, directed by Christopher Nolan, to critically acclaimed art house pictures such as Ang Lee’s The Ice Storm and Peter Hedges’ Pieces of April.

Holmes can next be seen in, Steven Soderbergh’s Logan Lucky, in theaters August 2017. Holmes stars as Jaqueline Kennedy in REELZ’s TV mini-series, The Kennedys: After Camelot, which premiered April 2nd.  All We Had, which premiered at the Tribeca Film Festival 2016, was her directorial debut, a film she also starred in. It was released on December 9th.  She also starred in Touched with Fire which premiered at SXSW in 2015 and hit screens in February 2016. Holmes can also be seen in the dark comedy she helped produce, Miss Meadows, which made its debut at the 2014 Tribeca Film Festival, the utopian drama, The Giver, and Weinstein Company’s, Woman in Gold. She returned to television in the summer of 2015 starring opposite Liev Schreiber in season 3 of Showtime’s hit drama, Ray Donovan.

In 2012 Holmes starred in the Broadway production Dead Accounts opposite Nobert Leo Butz. She had previously made her Broadway debut in the 2008 limited run of Arthur Miller’s All My Sons, in which Holmes starred opposite John Lithgow, Patrick Wilson and Dianne Wiest. Her portrayal of Ann garnered glowing reviews and established her as an accomplished actress on both screen and stage.

In 1997 Holmes was cast as ‘Joey Potter’ on the WB TV series “Dawson’s Creek,” opposite James Van Der Beek and Michelle Williams. The show quickly became the highest-rated series on the WB network throughout its six-season run. She has since appeared on television in “The Kennedys” as First Lady Jacqueline Kennedy opposite Greg Kinnear as President John F. Kennedy. The miniseries chronicled the story of the most fabled political family in American history and garnered 10 Emmy nominations including ‘Outstanding Miniseries.’