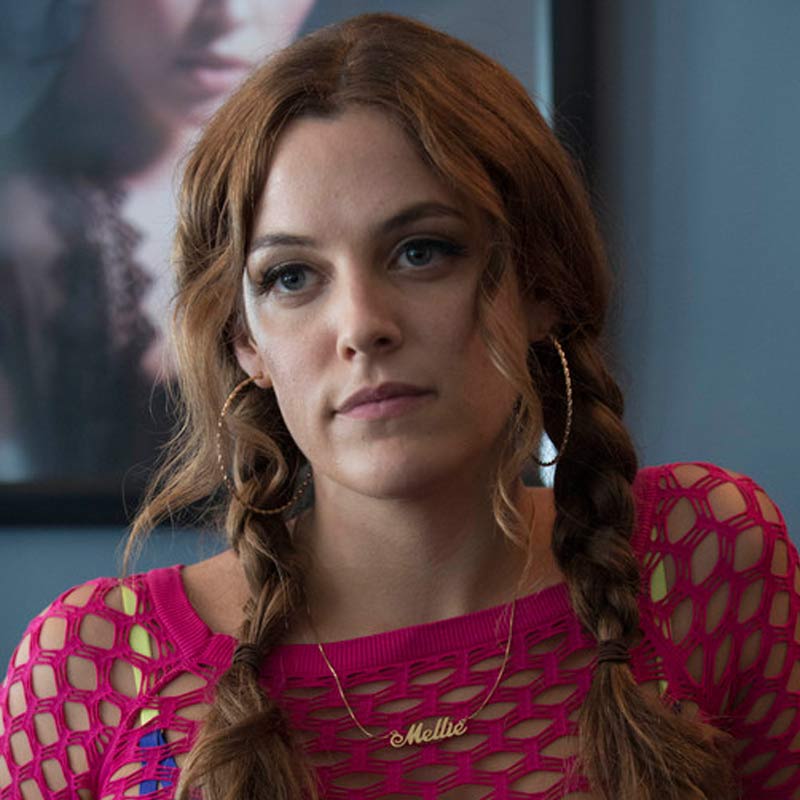 Riley Keough, 28, is one of Hollywood’s rising stars. From a young age, Riley wanted to explore her talents within the film industry, and by the age of 19 she dedicated herself to developing her acting craft for the camera.

In 2010, Riley made her big-screen debut as Marie Currie in The Runaways starring opposite Kristen Stewart and Dakota Fanning. People took notice; shortly thereafter, she starred alongside Orlando Bloom in The Good Doctor, directed by Lance Daly. Riley’s memorable work in the film, which premiered at the Tribeca film festival in 2010, earned her a nomination for Best Supporting Actress at the Milan International Film Festival in 2012.

Riley’s talents landed her a title-lead as Jack in Bradley Rust Gray’s werewolf flick Jack and Diane.  She also appeared alongside Channing Tatum and Matthew McConaughey in Magic Mike, directed by Steven Soderbergh, which grossed nearly $167 million worldwide.  Further in 2011, she completed work on director Nick Cassavetes’ film Yellow, starring alongside Sienna Miller, Melanie Griffith and Ray Liotta, as well as the Xan Cassavetes film Kiss of the Damned.

Most recently, Riley starred in Steven Soderbergh’s original 13-part series “The Girlfriend Experience,” which premiered on Starz in April 2016. The show is inspired by the 2009 film of the same title, and is directed by Lodge Kerrigan and Amy Seimetz. The role earned her a Golden Globe Award Nomination in the category of “Best Actress in a Limited Series or a Motion Picture Made for Television.”

Currently, Keough can be seen alongside Robert Redford and Rooney Mara in Netflix’s The Discovery. She will also star in Justin Kelly’s Welcome the Stranger with Abbey Lee and Caleb Landry Jones, Steven Soderbergh’s Logan Lucky alongside Adam Driver and Katherine Waterston, Trey Edward Shults’ It Comes At Night, and David Robert Mitchell’s Under The Silver Lake; all due out in 2017.