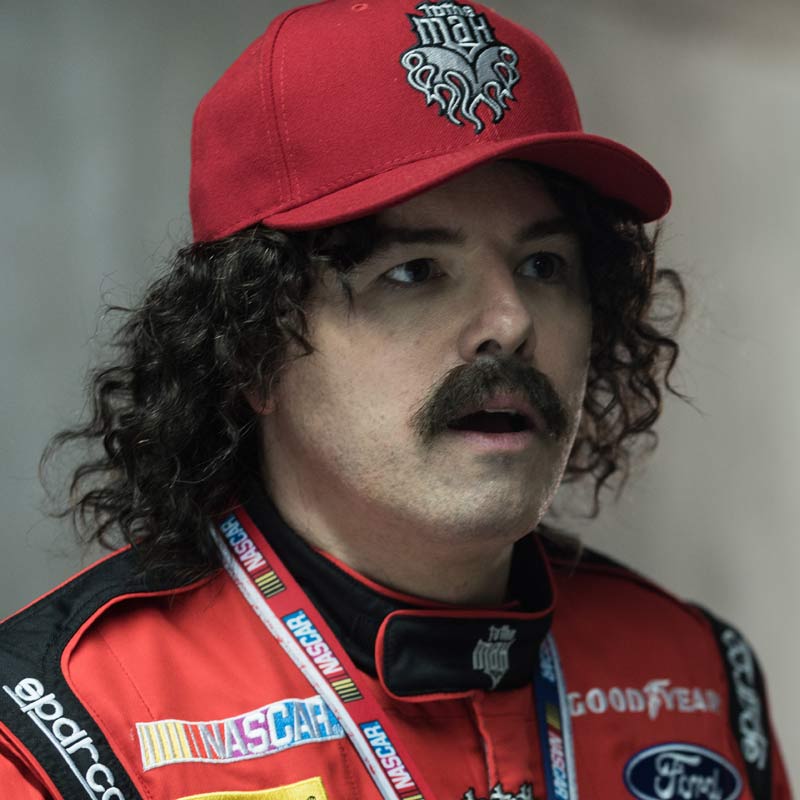 Seth MacFarlane possesses talents that encompass every aspect of the entertainment industry.  He has created some of the most popular content on television and film today while also expanding his career in the worlds of music, literature and philanthropy.

At 25, MacFarlane became the youngest showrunner in television history when his animated series Family Guy aired on FOX. Now in its 15th season, Family Guy has garnered MacFarlane an Emmy Award for Outstanding Voice-Over Performance and Outstanding Music and Lyrics. In addition to Family Guy, MacFarlane serves as co-creator, executive producer and voice actor on American Dad! He also executive produced the 21st century version of Cosmos: A Spacetime Odyssey that premiered on ten US networks, simultaneously across FOX and National Geographic platforms, making it the largest television premiere event of all time. The series has gone on to receive a Peabody Award, 2 Critics Choice Television Awards, a Television Critics Association Award, and nominations for 13 Primetime Emmy Awards, including Outstanding Documentary or Nonfiction Series. Furthermore, MacFarlane is in production on his first live-action television series. Fox has given a 13-episode straight-to-series order to the hour-long comedic drama which MacFarlane created, will executive produce, and star in. The sci-fi dramedy is set 300 years in the future and follows the adventures of the Orville, a not-so-top-of-the-line exploratory ship in Earth’s interstellar fleet. The series premieres on September 10th.

MacFarlane made his feature film directorial debut in 2012 with the highest-grossing original R-rated comedy film of all time, Ted.  This buddy comedy starred Mark Wahlberg and MacFarlane as the voice of the lovable foul-mouthed teddy bear.  The film made over $545 million worldwide and was also co-written and produced by MacFarlane. Fresh off the success of Ted, MacFarlane hosted the 85th Academy Awards in 2013 and was also nominated for the film that same year. He was nominated for ‘Best Achievement in Music Written for Motion Pictures, Original Song’ for ‘Everybody Needs a Best Friend.’ In May 2014, Universal released MacFarlane's western-comedy A Million Ways to Die in the West, which he wrote, produced, directed and starred in an ensemble cast that included Charlize Theron, Liam Neeson, Amanda Seyfried and Neil Patrick Harris. The highly anticipated sequel, Ted 2, was released on June 26, 2015. Most recently, MacFarlane voiced “Mike,” a small mouse with a big Sinatra-esque voice in Illumination Entertainment’s animated musical family comedy, Sing. Next up for MacFarlane is Steven Soderbergh’s heist film, Logan Lucky, which follows two brothers who plan a crime during a NASCAR race.  MacFarlane is joins an all-star cast that includes Channing Tatum, Adam Driver and Daniel Craig. The film is slated for a wide release on August 18th.

MacFarlane is an enormous fan of orchestrations.  He has sung with famed composer John Williams at the Hollywood Bowl, The John Wilson Orchestra for BBC proms and joined numerous celebrated symphonies including Boston, San Francisco, Atlanta, Chicago, Baltimore, and the National Symphony Orchestra.  His debut album “Music is Better Than Words,” debuted at #1 on the iTunes jazz charts in 2011 and went on to receive four Grammy nominations, including ‘Best Traditional Pop Vocal Album.’ Released by Universal Republic, the album is a celebration of the classic, sophisticated sound of swing orchestras. In 2014, MacFarlane released his first-ever Christmas album, “Holiday for Swing,” that debuted at #1 on the iTunes holiday album charts. On his third and most recent album, “No One Ever Tells You,” MacFarlane showcases the unique orchestral arrangements of the ‘50s and ‘60s. The album quickly rose to No. 1 on the jazz charts and garnered MacFarlane a Grammy nomination for “Best Traditional Pop Vocal Album”. In addition, MacFarlane recently joined Barbra Streisand for a duet on her new musical pairings album “ENCORE: Movie Partners Sing Broadway.”

MacFarlane created The Seth MacFarlane Foundation to focus his charitable efforts in 2009. As an advocate for science, he funded the Seth MacFarlane collection of the Carl Sagan and Ann Druyan archive at the Library of Congress. He also executive produced the climate change documentary inspired by the nonfiction bestseller by Naomi Klein, This Changes Everything. The film, which premiered this past fall, was shot in nine countries over four years, bringing awareness to the insurmountable issue of global warming and the economic systems that facilitate it. Through his foundation, MacFarlane continues to be an avid supporter of science communication, cancer research, Reading Rainbow, The Human Rights Campaign, Oceana, the People of the American Way, Chrysalis and Perry’s Place.

Watch Seth MacFarlane at Max Chilblain in To The Max Energy »